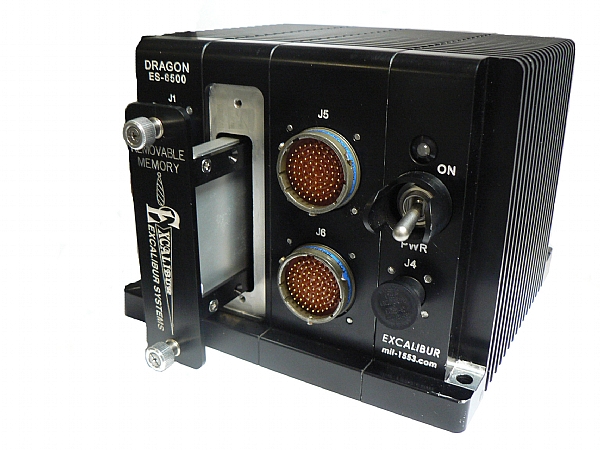 Before starting a project, system engineers must choose one of two design paths: build the system in-house or use off-the-shelf components and subassemblies. A project requiring the development of a rugged computer for military applications demonstrates how a COTS system can provide the necessary MIL-STD-compliant functionality while saving time and costs.

The preliminary research, electrical and mechanical designs, fabrication, and testing associated with each phase of a development project can take longer and cost more than expected. In many cases, particularly with orders that call for small quantities, the time to delivery does not warrant the amount of effort that must be expended to develop the project in-house. The alternative is to utilize COTS subassemblies to meet the requirements.

When utilizing off-the-shelf components, designers must consider several factors, such as the functionality of available products, system size, and environmental requirements. In some instances, off-the-shelf parts do not meet the requisite design parameters. These deficiencies must be assessed and discussed with the customer to ascertain if they are acceptable and do not affect overall system performance. In some cases it may even be possible to implement minor design changes to adapt the COTS product to the customer’s needs.

To illustrate the value of a COTS implementation, consider a recent project requiring the development of a flight-worthy data recorder with a high volume of avionics interfaces, including four channels of MIL-STD-1553, 20 channels of ARINC 429, 40 discrete I/O, and eight channels of RS-485. Data received from each of the interfaces had to be saved for 10 hours and be available for analysis in the laboratory after the mission. Additionally, the design had to meet environmental specifications for avionics systems and be housed in a small enclosure.

The design team decided to use a PC/104-Plus processor board from Advanced Digital Logic because it met the performance and temperature(-40 °C to +85 °C) requirements for the system. Although it is not the fastest processor available, the module’s 1.5 GHz dual-core processor was selected because its low power consumption can be managed within the enclosure (see Figure 2). Heat generated by the processor and chipset are channeled to the enclosure’s fins via a heat pipe.

As shown in Figure 1, the unit includes a 256 GB SATA Solid State Drive (SSD) to store data accumulated during long avionics missions. Although the design did not mandate the inclusion of a removable storage drive, the design team added the SSD so that the entire enclosure would not have to be removed when access to stored memory was required. The drive is mounted on a tray, allowing removal and replacement with an alternate SSD if analysis must be completed in a short timeframe. This feature is also useful when handling classified information, as the SSD can be removed and stored in a secure location.

Cabling and software are provided with the unit so that data can be downloaded and analyzed on a computer at a remote location. Excalibur Systems’ EXALT software package allows data from different protocols to be viewed in engineering units and filtered to derive anomalies that may have occurred. The removable memory can be utilized as storage for the I/O information; while the operating system and application programs can be stored separately on a 16 GB CompactFlash II memory module.

The COTS system includes two four-channel software programmable RS-232/422/485 modules and two 20 discrete I/O modules to comply with the design requirements. The discrete module can be programmed for input or output. Inputs can be at TTL levels or avionics levels (0-32 VDC) and are individually selectable per channel.

The unit also has its own time tag. Tagging each individual data event received allows events to be correlated with the MIL-STD-1553 and ARINC 429 interfaces. Although not required for this design, other interfaces and protocols can be accommodated with the vast amount of PC/104 and PC/104-Plus cards available on the market.

The power supply and processor modules are located at either end of the unit directly in contact with the enclosure fins, providing the most efficient heat dissipation possible for the hottest components. To ensure adequate heat exchange, the components are interfaced to the enclosure via a phase-changing material that transforms from a solid state to a liquid at +55 °C, increasing the heat transfer at higher temperatures. The power supply provides the 50 W of 5 VDC and ±12 VDC required by the PC/104 bus and includes the option for 3.3 VDC, which was not used since the processor board already provided this voltage to the bus. Because this system is intended for airborne applications, its power supply had to meet the requirements of MIL-STD-704 for characteristics of aircraft electrical power.

Use COTS to cut time and costs

A baseline unit with a similar configuration to this COTS system was tested to MIL-STD-810F specifications. Table 1 outlines these test results.

The same baseline configuration was also tested to the provisions of MIL-STD-461, the results of which are shown in Table 2. Given that this base system was not significantly different from the COTS unit, additional tests were not required, and results were correlated by similarity.

In addition to fulfilling the environmental specifications for the design project, the decision to develop a product utilizing quality COTS components and subassemblies resulted in the ability to implement the desired system in 25 percent of the time and with 40 percent of the costs it would have taken to construct from beginning to end without relying on third-party products. When considering the cost-saving potential, a COTS solution presents a very attractive design option.