Why testing avionics using Microsoft Flight Simulator is no game 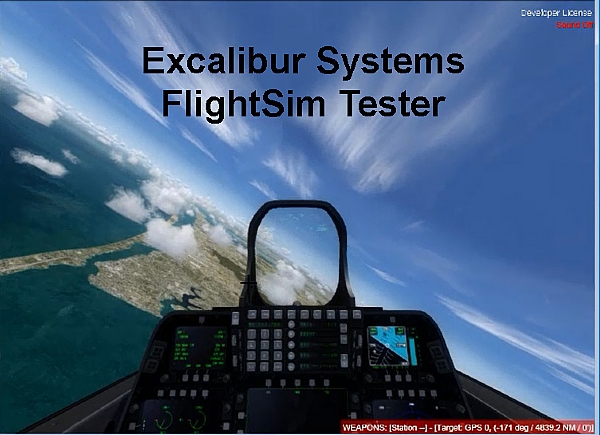 There are multiple levels of testing that are performed on avionics equipment ranging from basic communications tests to flight testing.

In many cases, the testing conditions are harsher than real conditions, which are desirable, but usually, it is difficult to match real life conditions due to the complexity of simulating real flight conditions.

On the other hand, the closer we get to real life conditions the fewer surprises await us when we get to actual flight tests. Since problems found on flight test are considerably more expensive to solve that problems found earlier on, we often commit considerable resources to building simulators appropriate to our projects. As this is an expensive undertaking, the tendency is to develop fully custom simulators supporting only the feature needed for our particular project. In many cases, even that is too expensive and we make due with limited simulation testing.

Enter Microsoft Simulator, this game has been in development for over 40 years and contains detailed information on thousands of airports around the world. It can simulate flights from anywhere to anywhere in all weather conditions. It supports a wide variety of aircraft - including helicopters - and avionics suites and is well regarded for its realism.

In short, Microsoft has developed a generic flight simulator well beyond the abilities of most avionics’ developers.

How does that help you to test your device or integrated system?

There is an add on to Flight Simulator called FSUIPC4 that enables third party developers to access information from inside Flight Simulator. Part of this information is the engineering units produced by the simulation. Excalibur has developed a software bridge that takes this data and transmits it over the computer’s Ethernet card. When we connect the Ethernet card to our MACC - Miniature Airborne Communications Converter hardware, we can now convert this data to ARINC-429, Serial, MIL-STD- 1553 or a variety of other avionics interfaces in whatever format your individual project requires.

What this means is that you can use Microsoft Flight Simulator to simulate a takeoff in Chicago, a flight through a thunderstorm to New York and a landing in Kennedy airport and use the engineering units generated by this flight to test your flight computer or display, or whatever equipment you have that works with outside data. The same flight scenario can be reused to test RS422 based system, ARINC-429 based system, MIL-STD-1553, ARINC-825 (CAN Bus), ARINC-717 etc. The MACC uses tables to determine what communications standard to transmit and what format the data should take. For example, ARINC 429 typically transmits angles as degrees/minutes whereas MIL-STD-1553 uses semicircles.

Take advantage of the huge investment

The result is that you can take advantage of the huge investment Microsoft has put into Flight Simulator and use it to test your own equipment under near flight scenarios. This can reduce your software investment in per project simulators, increase the capabilities of you simulation testing and find subtle problems earlier in the testing process. Win, win, win.