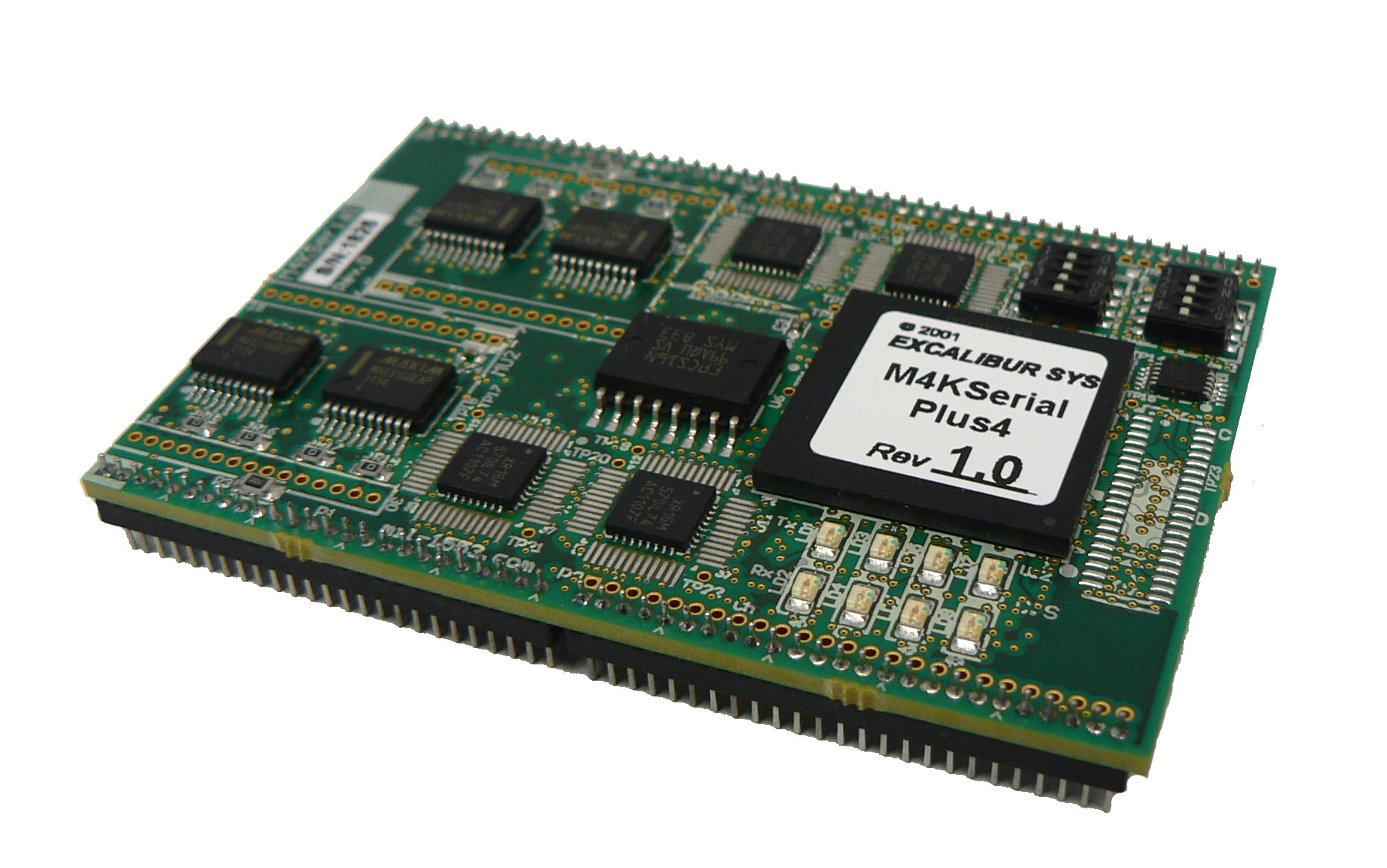 The M4KSerialPlus is an enhanced serial interface module for the multiprotocol Excalibur 4000 family of carrier boards, that includes several advanced features such as a high baud rate and high throughput. This module supports up to four independent channels of serial communications, each of which can be selected as RS-485, RS-422 or RS-232. The module operates independently of the host computer, reducing the need for host intervention.

The M4KSerialPlus module is based on the Exar XR16M570 Universal Asynchronous Receiver/Transmitter (UART). The device is compatible to industry standard 16550 UARTs. Each of the M4KSerialPlus’s four channels contains a transmit FIFO capable of holding up to 16384 bytes and a receive FIFO capable of holding either 16384 receive bytes or 5460 bytes with a 32-bit Time Tag associated with each byte. These large buffers allow application code to transfer large quantities of data with a single non-blocking subroutine call. The 32-bit Time Tag on receive channels is very useful for synchronizing serial data with data from other modules on the 4000 board or on other interface boards. Each channel has a programmable baud rate of up to 10 Mbps and can be configured as RS-232, RS-422 or RS-485.

The M4KSerialPlus module is supplied with C drivers, including source code.

"-004" added to the end of the part number specifies PCI Express cards only option.