Flight data recording – which started in the World War II era – has today become an integral part of aviation. Originally implemented as a way to record in-flight data such as altitude and speed to help in the analysis and innovation of aviation components, flight data recorders or “black boxes” have now quickly emerged as key components in the investigation of accidents and incidents. They are used both in military and commercial aircraft.

The modern-day flight data recorder (FDR) system is a mandatory component in commercial aircraft and is enforced and regulated by the International Civil Aviation Organization (ICAO). While its original concept has remained unchanged over the last century, its design and technology have evolved exponentially.

Call for a better ability to withstand high temperature and gravitational force, seamless communication between the electrical and electronic components, and better features have been made by industry experts in the last decade, as a result of a large number of unexplained and unsolved aviation mishaps. Many of these features have been devised and implemented already, making FDR one of the most technology-driven inventions in the world.

Here’s a look at what these features are and how they improve flight data recorder testing and aid in flight analyses and investigations.

More than 100 different parameters are recorded by the FDAUs, which are then routed to the FDR. While some parameters are recorded a few times per second, others happen at a higher frequency. Real-time transmission of this data safely to the DFDR is where modern standards like ARINC-717 and its related products such as PCI and Ethernet adapters come in. ARINC-717 organizes the data in subframes and provides better syncing, reasons why it is widely used in commercial aircraft around the world.

Other standards like the powerful ARINC-429 and the military-focused MIL-STD-1553 are also used in modern-day aviation owing to their ability to withstand high temperatures and process data faster.

Such standards not only provide speed but also aid in error-free data transmission, which is perhaps the most important requirement in avionics.

2. Larger Size to Aid in Investigation

Technology allows reducing the size and the form factor of electronic components. While that may be the case with bus standards and related electrical components like the PC/104 system, it’s the opposite for the FDR as a whole. 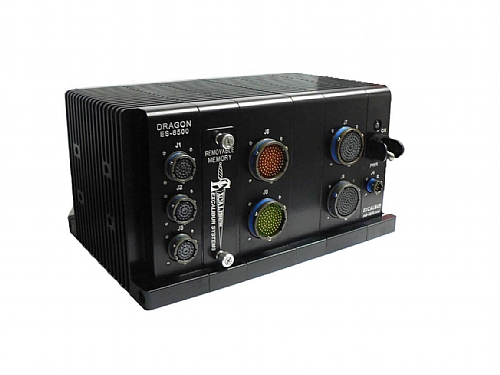 The suggested size of the black box enclosure is 9 inches (height, width, depth) so that it is easier to spot it in a wreckage site, both on land and underwater. While the ICAO has some standard in place, the larger size becomes slightly difficult to maintain as the internal components need to be adapted within that enclosure so that the black box does not malfunction or break in case of an incident.

To do this, different shapes such as a semi-sphere and rectangle have been implemented. This entirely depends on the manufacturer and the formation of the airplane black box.

The word “black box” is a misnomer because a flight data recorder is usually painted bright orange so that it is easier to spot it in a wreckage. Moreover, stainless steel or titanium materials are preferred for the enclosure so that it can withstand high g-force, extremely high temperature (in case of a fire), and water depth.

Some of the key requirements of the enclosure, therefore, are:

While these are general requirements, they all depend on the type and quality of the material used. 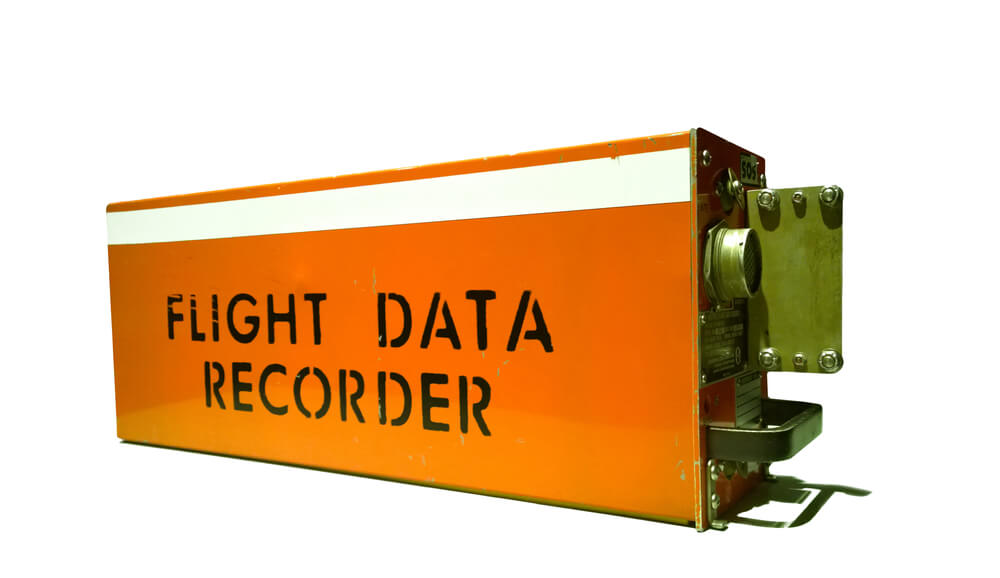 The ULB or the underwater locator beacon needs to be switched ON at all times to aid in its spotting. Otherwise, the entire idea of having a black box is wasted.

This is why the beacon is usually made of high-quality LED that can run for several thousand hours after it is triggered. In addition to the light, the ULB also has to emit ultrasonic pings that can be detected by surveillance systems after a mishap. More than the light, this ping is what helps investigation teams track and find the black box. Naturally, this too demands better battery life of the black box.

Another important feature of a black box is the material used in the recording tape. Mylar and Kapton are the most used materials for the tap which enables sequential switching and allows for engineers to retrieve data from the FDR. Do note that the black box consists of an FDR and a CVR i.e., the cockpit voice recorder.

Another important facet of black box testing is that all the data that is recorded needs to be stored for future retrieval. While magnetic tapes were used in the 1940s and 1950s, solid-state technology’s entrance in the 1980s revolutionized the way it was recorded. With solid-state – which is still prevalent today and is the de-facto method – 256 12-bit data words per second can be recorded in the FDR and more hours of voice recording for the CVR. Some systems allow for more data speed and memory while maintaining the form factor.

In a way, solid-state technology has facilitated the better use of standards like ARINC-717 that was discussed above. Better digital data transmission means faster recording and memorization, all of which allows the aviation industry to collect more data at a favorable speed and retrieve them seamlessly later.

Flight data recorder testing will continue to evolve as the requirements change and more challenges are faced. One way to address this growing need is to look for smart tools and electrical components that can stand the test of time and allow for more in-flight parameters to be recorded. While this is an ongoing advancement, the need of the hour is to make transmission faster and error-free.

Standards like ARINC-717 and others are helping engineers make airplane black box testing much simpler as data is exchanged quickly between the components, thereby allowing for better data preservation. Small form factor and the ability to withstand high temperature and shocks are also needed in these electrical components so that they align with the compliance and size ratings of black boxes.

As rules surrounding airplane black box testing change and more features and functions are sought, it is up to the manufacturers to devise stronger and better components. Components that can communicate faster and seamlessly are, therefore, the focus area for manufacturers.