In avionics, one of the biggest issues faced by communications engineers and network designers is the non-compatibility between different components. In more specific terms, it is the difficulty in integrating two avionics boxes in, say, the Boeing 757, and therefore transferring digital information between them. Although different data standards have arrived since the break of the twentieth century, it is the developments in sixty-seventy years later that truly revolutionized the data communications section in aviation. And that point in history is credited to the birth of MIL-STD-1553, a military standard for serial data bus that has been around for more than four decades and still relevant in modern avionics. Furthermore, with Internet protocols and digital data dominating the industry, it is the ethernet MIL-STD-1553 hybrid that is really helping us build better yet complex data communications systems. Here’s a quick look as to why the combination is still a significant component for modern avionics.

The issues concerning analog data communication mechanisms first came to light in the 1960s when aviation was still booming. The need to incorporate digital data transfer in line replaceable units (LRU) was seen as a challenge by early network engineers, who were toying with the idea of subsystems that would communicate with each other without the bulky cables and connectors. So, in 1973, sponsored by the US Air Force, Erwin Gangl, an electrical engineer with Dayton’s Wright-Patterson Air Force Base, created the first prototype where avionics subsystems would be connected through a digital data bus standard.

Although it would be wrong to say that time division multiplexing was not an accepted transmission standard before, the birth of MIL-STD-1553 definitely introduced it to the world of avionics.

Throughout the 1980s, more developments embraced the field as engineers looked at smarter ways to establish connections between different systems. The arrival of Internet technologies such as Ethernet (IEE 802.3), for instance, gave rise to hybrid systems such as AFDX (built on ARINC) and Ethernet MIL-STD-1553 which we will look at in more detail in the next section.

The hybrid in question was possible because of Ethernet’s existing OSI model technology, where its physical layer enables us to create two channels (in the form of wires). Such a dual duplex system has its fair share of advantages in error detection and aversion. For example, the receiving end of such a system constantly monitors if something is being transmitted from the transmission end. If it detects anything, it triggers a warning to the ongoing transmission (which may have been paused or is timed), thus preventing data loss or corruption. Such a full-duplex mode of communication can be achieved through the Ethernet MIL-STD-1553 interface where it can be programmed to convert any data into any format.

The most common issue, as mentioned above, is the incapability of integrating two or more incompatible subsystems. Avionics is known as a field where such an integration can become essential as the requirements of communications increase. Take the example of a control computer that is based on RS-232 to communicate with an avionics subsystem. There is no solution in sight if this specific subsystem is by default programmed to receive commands from MIL-STD-1553 or any other interface.

Up until the arrival of federated architecture and protocols such as IP addressing, this problem was addressed using two moderately-effective methods:

Either of the scenarios would complicate the communications bracket of that specific subsystem, causing additional overhead costs and weight for the aircraft. It should also be noted that such extra components are huge, difficult to overhaul, and are seen as a liability in an aircraft’s communications unit.

The solution is the hybrid of Ethernet MIL-STD-1553 where a single converter is used to interface different subsystems with little programming. The upshot of using such a hybrid is that they can be easily programmed through software without the need for additional hardware. Which means they are simple, cost-effective, and most importantly, do not add to the weight of an aircraft. The use of Ethernet simplifies data connection as it employs IP addressing and fragmentation, both of which are relatively modern technologies.

If you are someone who has been researching or have encountered such a problem related to incompatibility, we at Excalibur Systems recommend the Miniature Airborne Communications Converter (MACC), arguably an excellent coupler for the purpose. 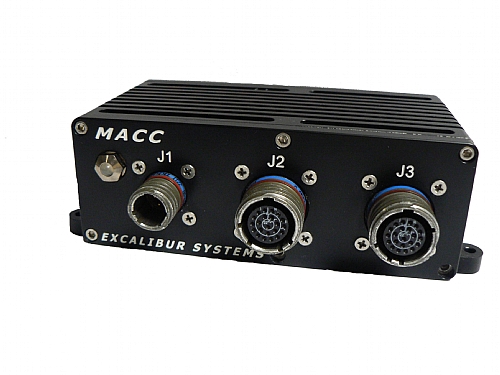